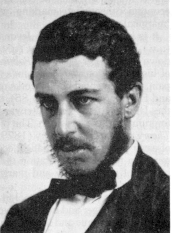 In 1875 and 1878, Jevons read two papers before the British Association which expounded his famous “sunspot theory” of the business cycle. Digging through mountains of statistics of economic and meteorological data, Jevons argued that there was a connection between the timing of commercial crises and the solar cycle. The basic chain of events was that variations in sunspots affect the power of the sun’s rays, influencing the bountifulness of harvests and thus the price of corn which, in turn, affected business confidence and gave rise to commercial crises. Jevons changed his story several times (e.g. he replaced his European harvest-price-crisis logic with an Indian harvest-imports-crisis channel). However flimsy his explanations, Jevons believed that the periodicity of the solar cycle and commercial crises — approximately 10.5 years, by his calculations — was too coincidental to be dismissed.

It is difficult for people to perceive such phenomena on an individual level.  Jeovons genius is that he manually corollated data to understand the relationship between solar activity and human behavior on such a subtile level.