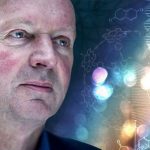 I recently shared the The Perihelion Effect website with Dr. Rupert Sheldrake acclaimed author of The Science Delusion and researcher in the field of parapsychology, who developed the concept of “morphic-resonance“.  https://www.sheldrake.org/

Dr. Sheldrake:
Does Earth’s Eccentric Orbit Affect Consciousness?
Earth’s perihelion, its annual closest point to the sun, accounts for an observable cycle which has global effects. Yet this phenomena of nature has received until now no comprehensive examination despite wide ranging implications.
Not even science fiction or pseudo-science has any regard for this planet-wide event.
Perihelion is not even mentioned on the evening weather report.
I believe my hypothesis about perihelion is worthy of further investigation. Have you heard anything like this proposed before?  (read more)

Thanks for your email and for this unusual and to me completely new idea.  I’ve no idea how one would try to propagate the observance of this day as a kind of festival.  And I think it would be difficult to get it catch on so soon after the Christmas and New Year festivities I think this would be a hard struggle, but perhaps I’m just being pessimistic.

Anyway, I send my best wishes for Christmas and the Solstice season

My Response To Sheldrake

Thank you for your considerate response. I am overjoyed that you have not heard of my eccentric idea before. I thought it all up. Your skepticism of a wholly unknown way of thinking echos the first contacts between scientists and their counterparts in the classical age. The possibility of paradigm shift is the underlying theme of my website that I would like to develop further.  Ironically your response to my idea captures this perfectly. Considering how widely your mind has traveled and intermingled with other thoughts about the sun, that there is so much more to imagine, I honestly take it as an affirmation.

How to start such a festival?

I don’t consider your attitude to be pessimistic. Just the usual. Holidays are constructs. It seems ridiculous you could convince people to observe a random day attached to a feeling or thought or sentiment, like one founded on a story of an ancient light that became a couple who had a child, who taught some other people who spread an idea until one billion people observe his birthday to honor the idea he brought to light in every person. It was such an important festival that the calendar was changed to honor it. On the other end of the spiritual spectrum Burning Man started on a beach in San Francisco and now it’s style and ethos are known worldwide.

Perihelionism however is a construct founded on truth.

Truth about the planet. There is a day the earth is closest to the sun. Only now in human history could such a concept of planetary observance be actualized. A holiday that fuses the natural world and humanistic concepts. A holiday based in natural science but also acknowledging the mysterious quality of the self and how all things on our planet react to the sun itself over time.

New ideas, resonant ones, can spread like a virus, or a wave or a flash. Hopefully useful ones will manage to transcend meme status and be more helpful than not.

Dear Rupert, please tell me that there are indeed higher level beings amongst us looking out for our best interests in this dark time. If not we must construct a new arc of optimism if humanity is to survive. A new paradigm that has happiness as part of the equation. Where the mind goes, energy flows.

Praises be to the days of the Winter Sun, the Son, and the Closest Day to the Sun. May they all bring light to shine upon you.

I am a longtime fan of your work dating back to A Glorious Accident in the 80’s.  I saw your recent lecture on YouTube and it inspired me to contact you. I would guess that you get many psychics, crackpots and eccentric geniuses contacting you, so I will try to be brief.  I would very much be pleased to get your feedback on an original integrative idea based on a unique organizing principle.  The final product is a new holiday Perihelion Day, a platform for unifying planetary consciousness.

Earth’s perihelion, its annual closest point to the sun, accounts for an observable cycle which has global effects. Yet this phenomena of nature has received until now no comprehensive examination despite wide ranging implications.

Not even science fiction or pseudo-science has any regard for this planet-wide event.

Perihelion is not even mentioned on the evening weather report.

Earth’s orbit around the sun is elliptical, Keplar’s Laws state an orbiting body carves out and equal area in equal time.

These should be observable in both northern and southern hemispheres, and not tied to the four seasons calendar.

A thought experiment is that perihelion plays a noticeable role in human mood, health and behavior.

Anecdotally there is a noticeable rise in mass and individual ‘excitability’ from October through December. It is difficult to define. Yet you know it intuitively. The global rise in energy and celebration is countered by the falling off into weight gain, depression, Seasonal Affective Disorders, etc, in the wake of the perihelion. Current Hemispheric data correlating length of day and latitude actually argues for a perihelion based theory.

Heightened feelings of wonder, joy, spiritual revelation in some are experienced as increased stress, mood swings and mania, disassociation and suicide. This spiritual/mental crisis is evident in holiday stories as Its a Wonderful Life, Love Actually, and A Christmas Carrol.  Perhaps the nativity story itself.

Such mood affectations seem innate and perhaps even genetic in nature.

Chronobiology is an under appreciated area of science in the west but has profound implications for understanding seasonality and its effect on the human system.

From a pseudo-scientific perspective; is perihelion possible time dilation affecting mood and behavior. Perhaps the perception of time and mood are influenced by solar proximity.

It is possible that certain individuals can actually feel seasons more than others. Certain forms of divination were found in ancient solar observances. This has historical and present time examples since this feeling is more intense at holiday time. In modern terms these would be labeled mood swings and psychotic breaks.

(On the website there are many other historical, scientific, esoteric philosophical and spiritual takes on theoretical connections and  perihelion effects.)

Even if my conjecture is all untrue and totally crackpot, some of it certainly is, it has created in my mind an opportunity to celebrate a new observance of world unity which I call Perihelion Day.  A holiday to recognize the yearly cycle without need for ideology. To venerate the sun. A planetary day of cohesion with the intention for World Peace.

Dr. Sheldrake, from your perspective is this theory a worthy of further pursuit. Is this interesting? Is it amusing?  If you feel that my speculation is flawed or foolish please let me know. I have already disproved some of the evidence myself, but that has strengthened the central question; What are the effects of an eccentric orbit.  Can you suggest what I might do next to promote my idea? YouTube Video, TED Talk? Web Forum? IONS Proposal? It is all out of my realm. I would like to put it out there and see what others make of it.  I have found the process of investigation is enriching in and of itself.

What is Perihelion Day?