Consider this; As the winter holidays approach, the earth is approaching the sun.  It is gaining velocity at an increasing rate.  This acceleration increases until the earth reaches perihelion.  Then it begins to move away and decrease acceleration until around July 4th.

So here it is, just at the time that we start to mark out the 4th quarter holidays the earth is beginning to go faster and faster.  It is also increasing the intensity of solar radiation it receives  at that increases at a geometric rate until if finally levels off at perihelion.

This means that starting around October, just when the days grow shorter, there is also an increase in the solar energy that is hitting our planet.  This increases more and more even as the holidays become more frequent.

The winter holidays have traditionally been associated with winter solstice.  That is an obvious interpretation based only on obvious phenomena. Many attempts have been made to synchronize the solar calendar with the seasons as they seem to be offset by the month. Why was the Gregorian calendar not simply reset to December 21st so the seasons would match with the 91 day grid? 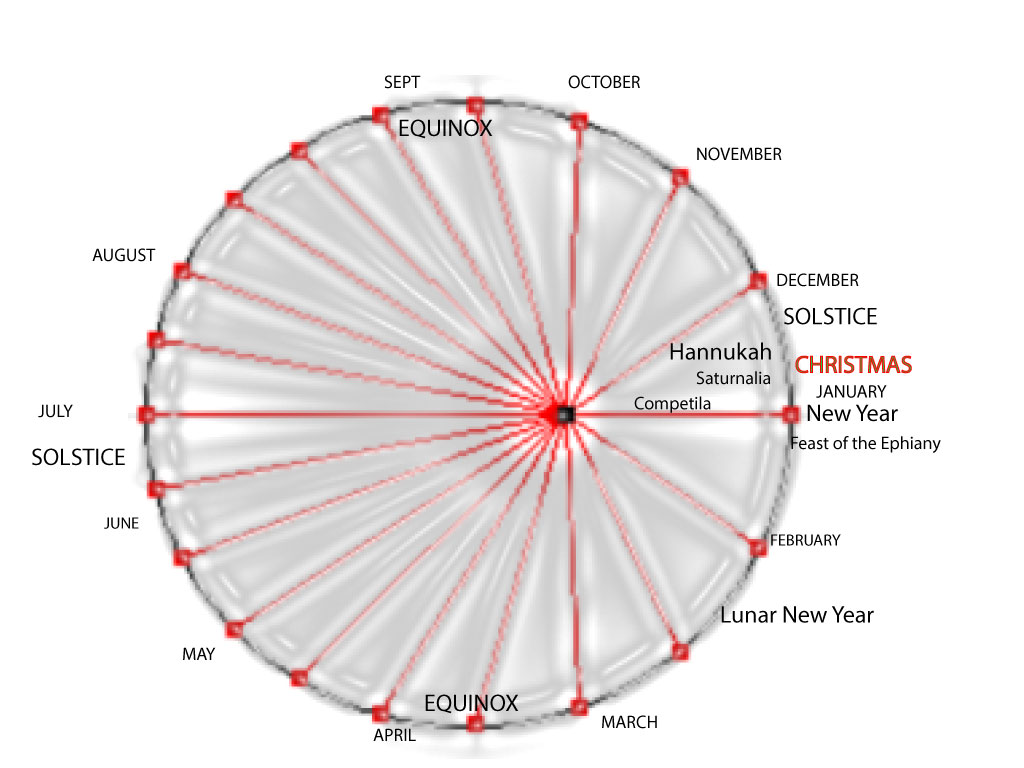 Seasons are not only dependent upon the tilt of the earth’s axis, they vary because of the distance to the sun during mid-summer vs mid-winter in the northern and southern hemispheres.

Earth’s eccentric elliptical orbit is another way to understand a year. A one yearly planetary cycle not related to the axial seasons.

This eccentric path creates a rise and fall in energy over the course of 365.25 days.

Twenty eight is approximately the same cycle as the 28 day phases of the moon.

Note well the positions of the holiday calendar and the proximity to the sun.