Occurrence of suicide and seasonal variation.

OBJECTIVE: To review the estimated suicide rates for the Region Metropolitan, the main socio-political center in Chile, for the period 1979-1994, and to determine whether they follow a seasonal pattern. METHOD: Data available for the period 1979-94 at the Forensic Services in Chile was analyzed using Analyses of variance. 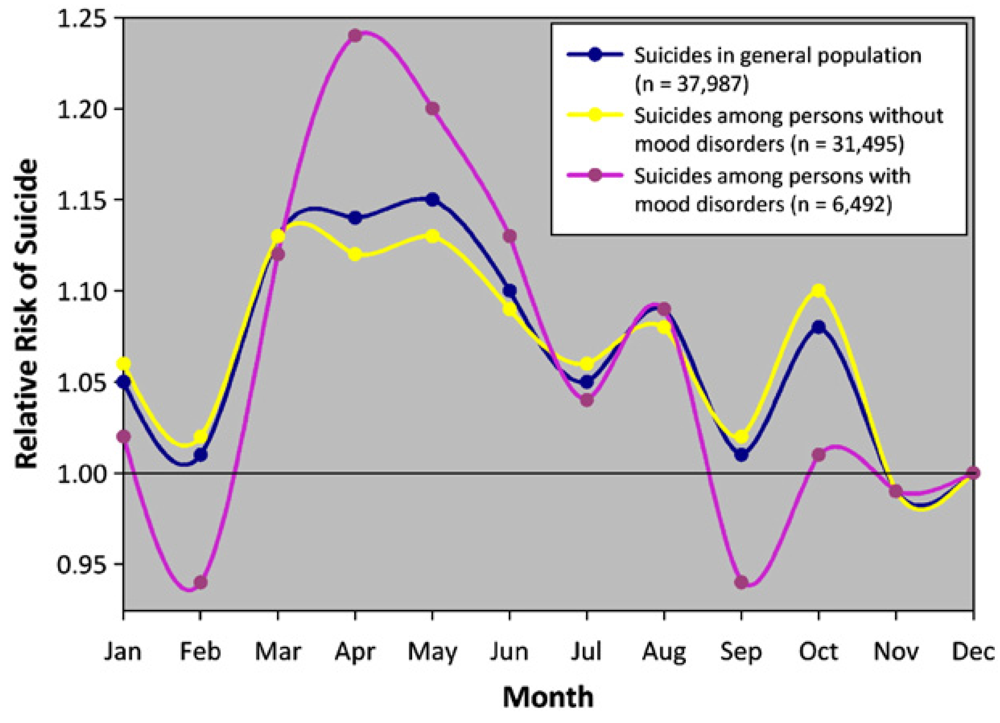 RESULTS: It was register 5,386 suicides. While the “warm” months (October, November, December & January) concentrated 39.0% of cases, the so called “cold” months reported 28.7%. This contrast is made even clearer by the month-to-month analysis, showing the highest suicide rate in December (10.6%) against the lowest rate in June (7.0%). Further statistical analysis revealed these differences to be significant.

CONCLUSION: The study shows that in Chile, representing as it does the Southern Hemisphere, the suicide rates tend to present a seasonal variation as has elsewhere been determined for in the North Hemisphere.