You may have wondered what that figure eight loop drawn on a globe is. It is the analemma. 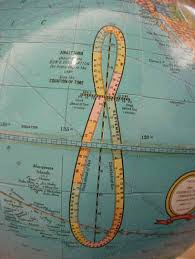 In astronomy, an analemma is a diagram showing the variation of the position of the Sun in the sky over the course of a year, as viewed at a fixed time of day and from a fixed location on the Earth.

The north–south component of the analemma is due to change of the Sun’s declination caused by the tilt of the Earth’s axis, and the east–west component is due to nonuniform rate of change of the Sun’s right ascension, governed by combined effects of axial tilt and Earth’s orbital eccentricity. The diagram has the form of a slender figure eight, and can often be found on globes of the Earth.

see also The Equation of Time

you can observe this very phenomena overhead anyplace over the course of a year. 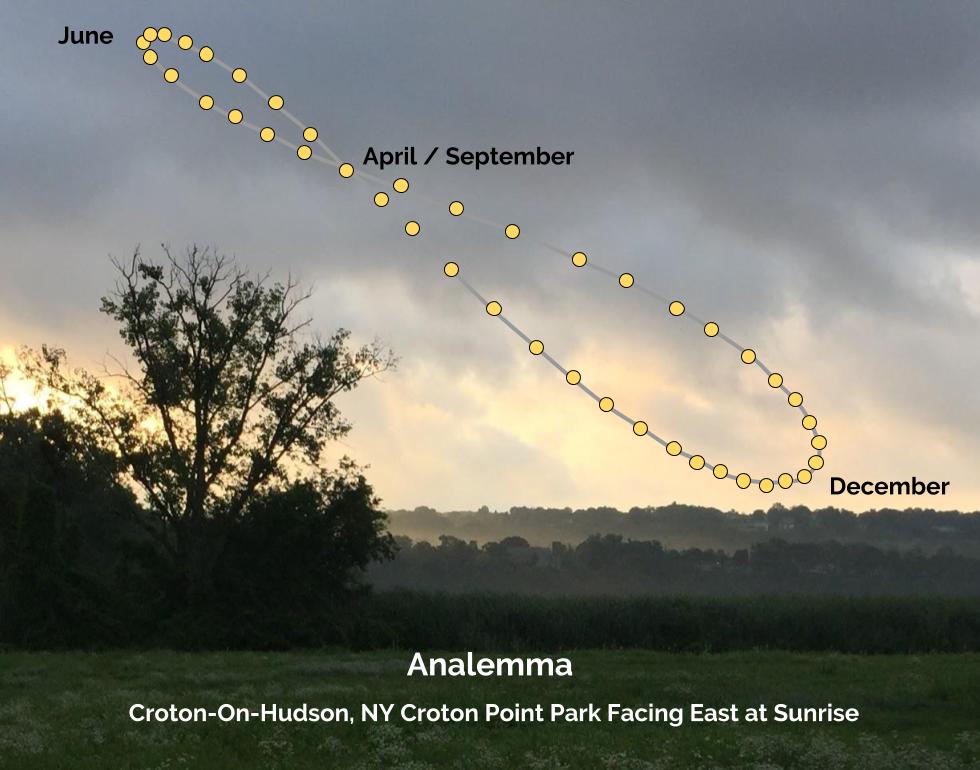